Blessings of 2008 and a Chick Biker

My scrapping slowed down a bit this week. I guess I've been sleeping more. LOL!
Anyway, here are the layouts I finished this past week. My co-DT Keely has a challenge over at her blog to scrap a "year in review" layout and I really liked the idea. Here's what I did: 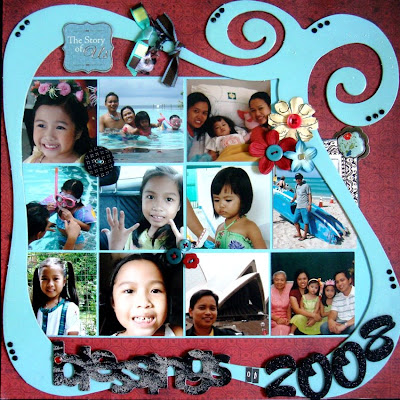 Journaling (tucked under the pics with a clip): 2008 has been a very memorable year, definitely full of ups and downs. We started the year with Jimmy and Leah’s wedding in Cebu. It was Julia’s first chance to be a flower girl and she enjoyed wearing a gown and being made up like a princess.
A few days after we got home from our trip, we were so shocked when Ally had sudden seizures. It was something I didn’t expect since she was just playing when it happened. Ally had to be hospitalized for a couple of days and had to be maintained on anti-convulsants. Luckily, the seizures did not recur, and after a series of tests (2 EEG’s and a MRI) and visits to a neurologist, Ally was given a clean bill of health. The medication was stopped and we couldn’t be any happier. I believe this has brought our family even closer to one another. Ally is growing up well, and never fails to cheer us up everyday.
Julia continued with her ballet lessons and had her 2nd ballet recital. She also started Preparatory level in pre-school. One more year and she’s off to grade school. Her teacher always tells me that she is doing very well in school! She turned 6 this year and lost 2 baby teeth!
Of course, we visited a lot of places. Summer means going to the beach. We spent one night in Kabayan Resort, San Juan, Batangas in April and then headed off to Antulang Resort in Dumaguete City in May. Julia learned to snorkel and even tried it out in the open sea! She was a bit scared because the waves were quite strong but she did it! We also went home to Cebu in August and had another enjoying stay in Plantation Bay. This year, Daddy also visited Sydney, Australia and Hawaii. Before the year ended, we had a grand vacation in Baguio City!
Christmas was spent at home with some of our relatives joining us.
I am still addicted to Scrapbooking and I was able to make 98 layouts for the year, a bit short from my goal of 104.
There were trying times during the year, but what’s important is we were all together at these times God is good!

This next one I did for Scrappin Kids DT challenges last weekend. There were 5 challenges but I just finished one. The requirement was to use resident designers Cookie and Issa's fave embellishements which are chipboard and buttons, respectively. 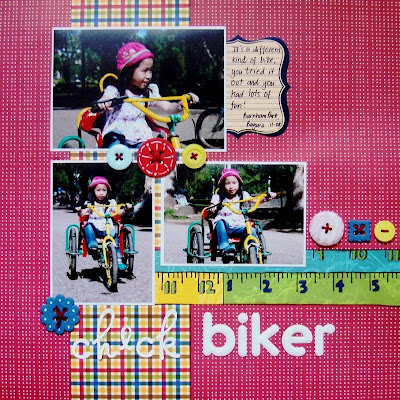 Journaling: It's a different kind of bike, you tried it out, and you had lots of fun! (Nov 2008, Burnham Park, Baguio City). 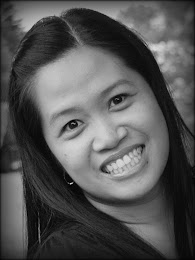 You can get in touch with me at:

Friends who drop by... 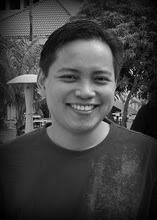 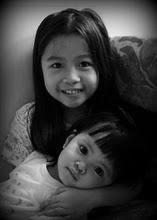 Cool Places to Hang Out

View my page on Scrappin' Moms

Thanks for dropping by